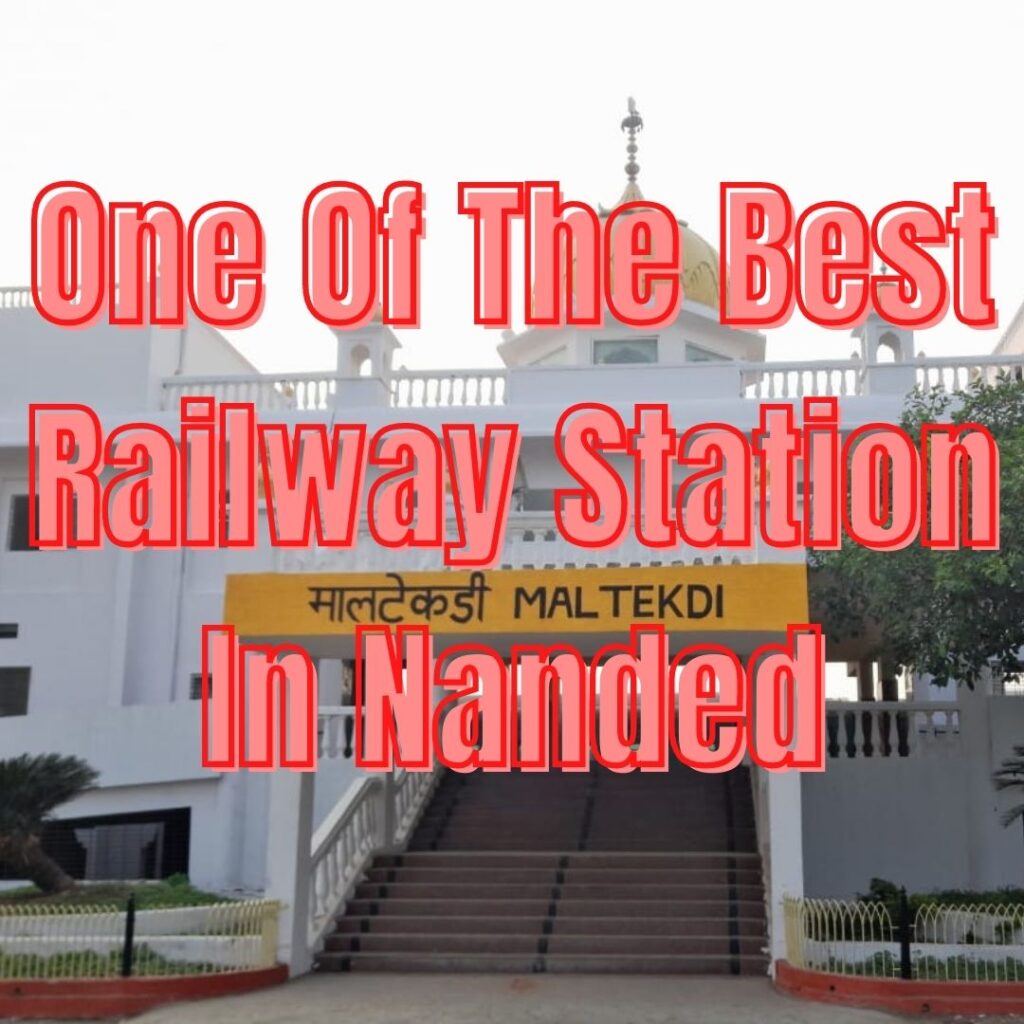 One Of The Best Railway Station In Nanded

To go to the railway station, a lot of good stairs have to be built in front. And the left-right slope is there for those people who can’t walk because of their weakness and because of further reason. Those who come to see this station and for morning walk and also do exercises because many people here at morning time for this reason.

As soon as you go inside the railway station, you will see the ticket counter. These ticket counters are closed for now. Since at present just merchandise trains stop at this railroad station, that is the reason 2 rail route stations have been left in Nanded, Hazur Sahib rail route station has been made for the people of Nanded and its associated villages .We will transfer another square with regards to this railroute station.

Free Wi-Fi is also provided here for the people coming to see Maltekdi Railway Station. A lot of attention is also taken for cleanliness here. There are 2 platforms available here, fans are also installed here and washrooms are also present here, Which is for the workers and railway officers working here and for the visitors coming to it.

Seats are additionally accessible on it to sit at a brief distance, just as water taps were likewise present at brief distances for drinking.

Both the platforms are connected by a brigade. More people can reach from one platform to another platform by going over the same brigade to the other platform. From the top of this bridge, you could see the entire Maltekadi railway station. People also come here for photoshoots.

There are 2 workplaces at Maltekdi railroad station, which give basically everything of him. And there is also a store room on it.

Railway police officers are present here 24 hours to look after the goods of the people. Whoever’s goods are here, they must first have their goods purchased and from where they have put these goods in the goods train, they have to deposit the receipt in the goods office. Then you can take your goods from him.

There are CC-TV cameras installed at Maltekdi railway station which are operated by the station master. He looks after the maintenance of Surrey railway station.

These goods are brought to Nanded through Trano. There is a separate track left for each train that comes to unload the luggage. Due to which other trains do not have any problem. Numerous workers come consistently to clear these things.

These laborers which you are seeing in this image, they come here everyday. And whatever goods have to get off the train, they put it down after getting off the train. The station ace checks the products that have been dumped later. And inform anyone who has belongings. Here many facilities have been kept for the laborers, such as water, fan, and a lot of open space is available.

Whoever has that item, he takes the receipt of taking that item from him by giving a document to the station master and the goods office. He gets that goods loaded in the truck through laborers. Then, at that point, he takes him any place he needs to go.

This is the thing that you find in the blue shaded lodge in the picture above, in which the truck gets a passage pass at Maltekdi station. The truck can come in only after taking the pass from here. It is only through these trucks that the goods are taken to the city and wherever the goods have to be taken. Whoever’s belongings remain here, it is kept in the railway godown.

This station is located at Haider Bagh, Dashmesh Nagar, Harsh Nagar, Nanded, Maharashtra 431601, which is built on the corner of the city.